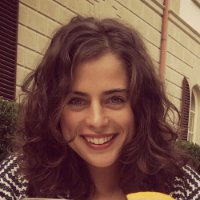 Chiara, what is your background?

Product managers come from the widest variety of backgrounds - in my case I studied Communication and Product Service System Design at Politecnico and funny enough I wrote my final dissertation was on social networks business model evolution. Straight after school I spent a year as a design consultant between NYC and Bologna, then moved to a marketing role at Vodafone. Business design is an area that had always fascinated me during my master and I wanted to explore it more. After 3 years as a product marketing manager I had an opportunity to go back to pure product building within Vodafone and I took it, I was then headhunted by Facebook and I became a proper PM.

Generally speaking I think Product Service System Design has three “souls”: graphic/product design, research, and business design. This breath and variety of inputs is what makes it interesting while studying it but the lack of going deep into an area and develop vertical skills makes it harder once you need to find a job after school. Whoever hires you takes a bet based on your personal brand – it all depends on how good you are at selling yourself, the few working experiences you had been diligent in collecting/exploring and how flexible at adapting and reacting to change you are.

This versatility you are talking about is required by some companies, while most of the times a specialization in a field is preferred. It seems that companies expect this multidisciplinary mind-set to be owned only by experienced people, not by recently graduated professionals.

I dislike blaming the market for lack of opportunities – if you really want something, you work hard, go for it and you are ready for failure, in the long run you'll get there; additionally you should always expect to reinvent yourself. The right question to ask yourself is 'what am I really passionate about to the point I'd like to spend all my energy and time exploring?' Most people who chose to study something so varied tend to not have one unique predominant passion.
The framework you adopt then usually is deciding between investing time in something you like and generally you're good at or compensating your weaknesses going for something you lack in. So far I've preferred compensating for my weaknesses instead of playing on my strengths – probably result of the well known impostor syndrome affecting females PMs.

'Numbers' were my weakness I thought I had to make up for, this is why when I thought design consultancy wasn't my thing early on in my career I joint Vodafone and crunched numbers for 3 years before moving back to product development. As PM at Facebook I play on my strengths (that's also a fundamental part of Facebook culture) and this means leveraging my PSSD background to the max – my job consists in asking the right questions to identify a user need, brainstorm and define the set of solutions to quickly test my hypothesis, ultimately go deep in detail product requirements for the product we as a team decided to build.

How do you find yourself working as a Product Manager here?

Facebook is a very special place to work for - as a PM I have my own UX researcher, my own designer and a mind-blowing amount of data on users’ behaviours I use as predictors. I ground my hypothesis in qualitative research and data, with my designer we define product specs and prioritize features for the eng team to start building.
The complexity we manage is incredible and super interesting. We run *a lot* of A/B tests - when you have 1.6BN monthly active users you need to be careful when rolling out features, a couple of elements to take into considerations are the network effect and technical limitations. Network effect - If you have a new feature you simply expect your friends to have it as well, especially if the feature relies heavily on a reaction behaviour; on the other hand there might be products that have perf constrains depending on device model or network capabilities (technical limitations).

The biggest challenge for me is the technical side of the job. Being a PM here is a very technical role, you have to estimate the amount of time and effort required to build a product, you need to be comfortable with the technical jargon and develop a sensibility for it. A Product Manager at Facebook needs to be able to interact effectively with UX researchers, tech guys, data scientists and top management. She's basically a 360° service designer. In tech companies such as Facebook and Google PMs usually come from an engineering background, senior engineer with a passion for product over managing people switch to PM instead of becoming Engeneer Managers. I know a very small number of designers and data scientists who transitioned to PM, not even one UX researcher, UX is extremely focused on writing scripts, talking to people and analysing data with SQL here.
When the recruiter contacted me for this position I initially thought it was some phishing email! Since my dissertation was focused on social networks I had analysed Facebook inside out and I knew PMs generally have an engineering background, I was very surprised they were looking for a former designer.

The structure of this company is very flat - my direct manager is just two levels below Zuck and we often have reviews directly with him. I saw him last week in California! Facebook is very different from Google, which is a larger company. We still are a start-up, 'done is better than perfect' culture. We're roughly 12000 people while Google is probably ten times this size.

Where did your former PSSD colleagues end up working?

I saw PSS designers ending up both in tech-companies and in design consultancies.
Having done it in the early days, my impression is that the work you do in design consultancy is smoke and mirror. You are basically hired only to work on the kick off of a project: mainly the brainstorm and concept creation phase but when it comes to building and testing they pass that task to the client. A company should release products one step at a time, starting from an MVP – a minimum viable product - and then build on top of it. Working in consultancy you simply won't ever get to ship a product or an MVP.

Which trends did you see recently in service design?

Companies are realising they can bring the service design work in-house and consultancies, as a consequence, need to create more tangible value.

On the consultancy side one evolution I found very interesting was to restructure their team around three core areas: 1) business model and strategy 2) what they define as "service design" - which consists in UX/UI work and 3)coding and building the MVP; as well as to have a venture approach – they would own/have shares in every product built, hence an interest in keep improving the product.

Big companies on the other hand are applying service design skills more and more internally. Triggered by cost efficiency, they are trying to bring designers in-house building innovation departments that focus mainly on new product development.

Speaking of which, I've recently been to a big, renowned company (IBM) which is building its in-house design thinking department. I realised that the real change that should happen inside the whole company is pretty different to the innovation mind-set seen in small, isolated design thinking departments. We are talking about huge, old companies that could hardly manage any radical change. It requires effort and time.

And an adequate organizational structure! Barilla, for example, is actually changing radically because the innovation department lead is directly underneath the CEO. That is something meaningful. At Vodafone the head of the innovation department wasn’t a direct report of the CEO and that did not work. The innovation hub should be the CEO right-hand. It's a risky bet though - the amount of money you need to invest is much higher then the one you invest in core operations, and the return of investment is not a given at all.

"The innovation hub should be the CEO right-hand. It's a risky bet though - the amount of money you need to invest is much higher then the one you invest in core operations, and the return of investment is not a given at all. "

In special companies like Facebook, when you have an idea, you have the opportunity to push it through.We're measured on impact, come up with a good idea, articulate it well and use one of the many internal hackathon we organise, to bring a working prototype to life in a bunch of hours, ready to be tested. I met people coming from other tech companies such as Google or Twitter, apparently this special atmosphere is unique; the risk is that it will disappear as we keep growing in size and start feeling the need to introduce processes to get things done. The other special treat is the culture of openness - all employees have total access to a wide range of information, this is very special.

Do you think that not even a leading company like Google is as special as it seems?

I've got many friends working at Google and many pm colleagues coming from there: they all say it's very different in terms of corporate culture. We are still a start-up somehow. The best job at Facebook is being an engineer, you have total autonomy of deciding what you want to work on. For example, last week one of my best engineers left the team because he decided to do a hack-a-month, which means that for a month he can work in a different office on another product and then decide if he wants to join that new team or go back to his old one. A Product Manager can't really do this, you're responsible for a product success you can't leave the team half way through the development. This eng driven culture makes the PM role much more complex, you spend a lot of energy and time to keep a team together.

I find the skill set required to be a successful PM at Facebook very similar to the main traits of a successful service designer.
In both cases you're part of a team and your job is to define what the problem/user need is and how to solve for it. Of course you'll never be alone but you'll work on it with your team.
The value the PM adds is the ability to understand and speak different languages, define priorities and coordinate the execution. You'll have vertical experts across Design, Engineering, Research and Data Analytics who will help you understand what the most impactful thing you can build is, but relies on you to:
1) Define what next steps are to understand the problem/opportunity (Are we looking into data? Are we running a on-field research? Maybe hacking a quick solution and testing it?)
2) Define priorities to execute against the plan effectively
3) Coordinate the work across discipline in the team (design-research-engineering) and with other teams when there is an area of overlap or simply you'll be touching their code.
This multidisciplinary aspect is the fun part of the job as well as what it makes it so similar to service design, because you'll find yourself sometimes playing the researcher role sometimes the graphic designer one and so on.

My personal "wow - moment" was short after I joint Facebook as product manager realising that was the most accurate implementation in the real world of what I had studied as a product service system designer!